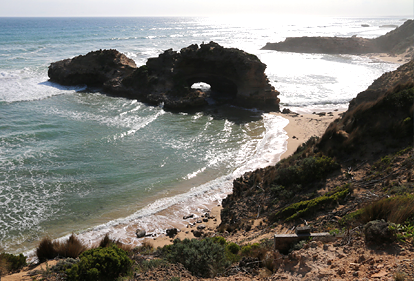 CIKM 2015 will feature an exciting line-up of industry speakers on Thursday 22 October, in parallel to the research papers track.

Access to the Industry Track is included for all three-day conference attendees. Day Registrations are also available; for more information, see the Registrations page.

We envision that with data mining and artificial intelligence technologies the telecommunication, enterprise, and consumer industries, in which Huawei has its main business, will enter into a completely new horizon; specifically, all the products and services will be revolutionized to become more intelligent and easier to use. Huawei is indeed pushing the frontier of research and development in those fields and has accomplished significant achievements. In this talk, I will introduce some of the breakthroughs made in Huawei, with regard to building better telecommunication networks and better communications with data mining and artificial intelligence technologies. Specifically, I will talk about the advanced technologies developed at Noah's Ark Lab of Huawei, on SDN using reinforcement learning, network troubleshooting using knowledge graph and probabilistic inference, deep learning for natural language processing, and deep learning platform.

Hang Li is director of the Noah's Ark Lab of Huawei Technologies. His research areas include information retrieval, natural language processing, statistical machine learning, and data mining. He graduated from Kyoto University in 1988 and earned his PhD from the University of Tokyo in 1998. He worked at the NEC lab in Japan during 1991 and 2001, and Microsoft Research Asia during 2001 and 2012. He joined Huawei Technologies in 2012. Hang has published three technical books, and more than 100 technical papers at top international conferences including SIGIR, WWW, WSDM, ACL, EMNLP, ICML, NIPS, SIGKDD and top international journals including CL, NLE, JMLR, TOIS, IRJ, IPM, TKDE, TWEB, TIST. He and his colleagues' papers received the SIGKDD'08 best application paper award, the SIGIR'08 best student paper award and the ACL'12 best student paper award. Hang worked on the development of several products such as Microsoft SQL Server 2005, Office 2007, Office 2010, Live Search 2008, Bing 2009, Bing 2010. He has 39 granted US patents. Hang is also very active in the research communities and has served top international conferences as PC chair or Senior PC member, including SIGIR, WWW, WSDM, ACL, EMNLP, NIPS, SIGKDD, and ICDM; and top international journals as associate editor or editorial board member, including CL, IRJ, TIST, JASIST, and JCST.

The rapid advancements in natural language processing, machine learning, computer vision, knowledge mining, and graph computation are enabling the industry to develop a new generation of agents and robots that are capable of having natural interactions and conversations with people. We envision a future where agents become ubiquitous and people naturally interact with machines and services through an artificially intelligent and socially engaging conversation engine. In this talk, I will introduce some of our latest research and development efforts in building such a conversation engine at Microsoft. From our initial experiments and observations, we believe that we can feasibly work towards a new human computer interaction, and by presenting certain levels of personality and emotional intelligence, it can create emotional connections with users. We also find that it offers an incredible channel for mining human intelligence, which will help fuel the system with training data and signals to continuously improve underlying technologies and algorithms. We believe that the conversation engine can become a new entry point for information retrieval, recommendations, completion of tasks, and a gateway to future webs of agents.

Wei-Ying Ma is a Deputy Managing Director at Microsoft Research Asia. He oversees multiple research groups, including Web Search and Data Management, Natural Language Computing, Knowledge Mining, Machine Learning, and Artificial Intelligence. Under his leadership, his teams have been actively publishing research results at conferences such as WWW, KDD, SIGIR, AAAI, ACL, and ACM Multimedia. He has also led his team of researchers to transfer many key technologies to Microsoft’s products including Bing, AdCenter, Office 365, Windows Azure, Cortana, and Xiaoice. Wei-Ying is a Fellow of the IEEE and a Distinguished Scientist of the ACM. He has published more than 250 papers at international conferences and in journals. He has previously served on many editorial boards, including ACM Transactions on Information Systems (TOIS), the ACM/Springer Multimedia Systems Journal, and the Journal of Multimedia Tools and Applications. In recent years, he has served as Program Co-Chair of the International World Wide Web (WWW) 2008 and General Co-chair of ACM SIGIR 2011. He is currently a member of the International World Wide Web Conferences Committee.

How do we do scalable machine learning at Facebook and where is it used? I will in this talk first provide an overview of some of our machine learning infrastructure and the tools that we use to make machine learning scalable and easy to use. I will also discuss some of the challenges we face to keep ahead of ML needs. I will in the latter half of the talk discuss one specific ML use case on predicting attributes of nodes in a large social graph.

Sofus A. Macskassy is part of the applied machine learning team at Facebook. He previously ran the user modeling group at Facebook in their Core Data Science team, was part of the research faculty at USC/ISI, and he was the Director of Fetch Labs. He received his PhD in machine learning/information filtering at Rutgers University. He is passionate about learning about users to better serve them through better filtering, ranking and recommendation. He was the general chair of KDD-2014, serves on the editorial board of JAIR and ML, and is well published at top-tier conferences and journals.

Machine Learning and Recommender systems at LinkedIn are leveraged to optimize our member’s experience across all of LinkedIn value propositions. Whether it is about helping job seekers find a new opportunity or keeping our members connected with the people or knowledge that matter most to the professionally, recommender systems and relevance science provides us with the ability to make that experience personal and relevant. In this talk, I will present work that I and my teams have done over the past few years in developing models and their supporting infrastructure to attempt to resolve a variety of problems across many of LinkedIn’s value propositions. The presentation will use a couple of use cases from LinkedIn to showcase issues my teams have faced while attempting to optimize a members’ experience. These will cover both real-time and offline cases as well as what arises when you mix them.

Igor Perisic joined LinkedIn in October 2007 after a brief stay at Microsoft, and is currently a Vice President of Engineering. Through his tenure at LinkedIn, his teams developed LinkedIn’s Search Engine, its Real-Time Graph Engine, Relevance infrastructure and worked on all aspects of personalizing LinkedIn’s site for its members. To provide LinkedIn’s members with data products, such as like People You May Know or Jobs You May Be Interested In, his team has built through open source technologies and contributed back to it with projects such as Kafka, Voldemort or extensions such as ml-ease and many others. Igor is a data scientist and engineer with a passion of building infrastructure, products and actionable insights with a strong dependency on Data. At LinkedIn, he is focused on applying data science to decision making, product strategy and enhancing our Member experiences. He has also been instrumental in LinkedIn’s outreach to the research community through the recent launch of the Economic Graph Challenge. Igor graduated with a Diplome d’Ingernieur en Mathematique from the Ecole Polytechnique Federale de Lausanne in Switzerland and a PhD in Statistics from Harvard. A father of three and a husband to a French teacher, he enjoys languages and family walks in the hills of his neighborhood. He has published several scientific articles related to the educational, Biostatistical, data-mining and information retrieval fields. Igor has also been the recipient of numerous awards, including being part of several NSF and NIH funds, and Swiss National Science Foundation grants.

The telecom industry has been facing immense revenue pressure from declining prices in basic voice and data services, as well as the proliferation of OTT applications. In response, telecom companies are beginning to explore alternative revenue streams in the digital space, as well as innovation through combining rich data assets and advanced data sciences. In this talk, I will share the key trends and challenges the Telco industry is facing, as well as how advanced data science can drive innovation and growth. I will also share learnings in creating successful partnerships between industry and research institutes/start-ups.

Large-Scale Analysis of Dynamics of Choice among Discrete Alternatives

The online world is rife with scenarios in which a user must select one from a finite set of alternatives: which movie to watch, which song to play, which camera to order, which website to visit. In this talk, I’ll give an overview of this class of problems and some established solutions, and I’ll describe some recent work in large-scale analysis of this data type. I’ll begin with a discussion of choice among restaurants, taking into account factors of physical location. I’ll then discuss the dynamics of repeated consumption of the same item, which has a long history of interest to marketers and psychologists but is less well-studied in computer science. Finally, I’ll move to a more complex scenario of sequential consumption of a range of items, and will show how the theory of discrete choice can be incorporated into the theory of Markov processes, requiring a new algorithmic approach.

Andrew Tomkins joined Google Research in 2009, where he serves as an engineering director working on geo data analysis and machine learning. His earlier research focused on measurement, modeling, and analysis of content, communities, and users on the World Wide Web. Prior to joining Google, he spent four years at Yahoo! serving as chief scientist of search, and eight years at IBM's Almaden Research Center, where he served as chief scientist on the WebFountain project. Andrew has authored over 100 technical papers and 60 issued patents. He received Bachelors degrees in Mathematics and Computer Science from MIT, and a PhD in CS from Carnegie Mellon University.

Andrew’s presentation will also be featured as a Keynote in the main conference.